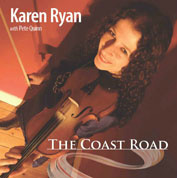 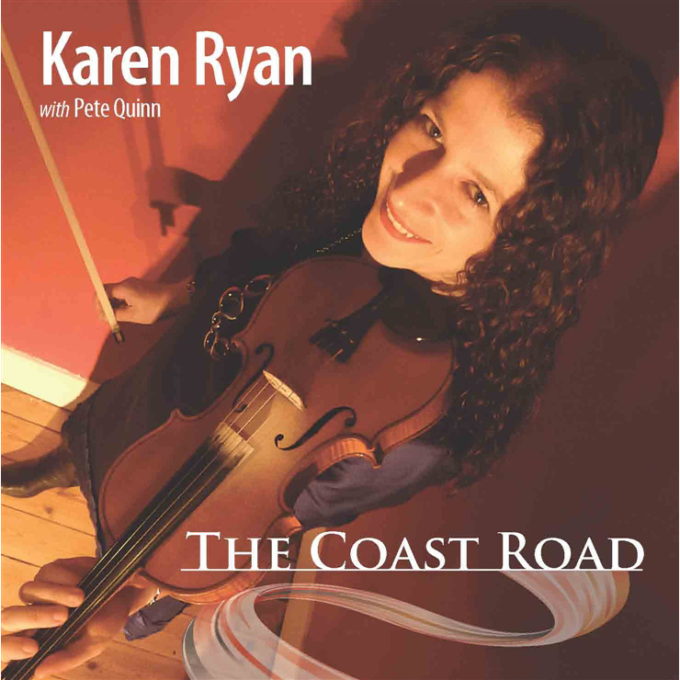 ‘The debut album by the London-born fiddler, banjoista and whistler Karen Ryan is an absolute gem … a remarkably coherent and convincing album’ fRoots Magazine

A musician, teacher and promoter, it would be no exaggeration to say that Karen Ryan lives and breathes traditional Irish music.

‘Karen is such a wonderful fiddle player, and this album immediately nominates her for Female Musician of the Year. She has a lot of tasty guest musicians in, but it is her playing alone that transcends all. This is a very, very exciting album. This woman can play.’ www.liveireland.com Bill Margeson

Born in London to Galway and Mayo parents, it was a strong Connemara tradition of melodeon players and traditional singers on her mother’s side that initially fired her love of the music.

‘each note is well-defined, with a crispness and deftness of touch making for a rare listening experience. Well worth a listen!’ The Living Tradition

Karen started playing music at the age of nine, taught by the North Leitrim musician Tommy Maguire at the London Irish Centre, where she herself now teaches. It was here that she met lifelong friends and fellow fiddle players, Elaine Conwell and Teresa Connolly (née Heanue), with whom she won the under 12 Trio competition at the All-Ireland Fleadh in 1985.

‘Livelier than a Camden pub on Paddy’s Night, and more full of Irish spirit than the off-license across the street, this is a cracking new album.’ Irish Music Magazine

Karen was fortunate to hone her musical skills through playing with a vast array of musicians in the vibrant London Irish session scene and during frequent visits to musical gatherings in Ireland and the US. Whilst gleaning much from all these players she cites Brian Rooney, Brendan McGlinchey, Danny Meehan and  the  recordings of Andy McGann as having the most influence on her fiddle playing.

‘Her fiddle playing is confident, energetic and expressive and she puts in some interesting twists and turns into the tunes … the music is always centre stage and is just gorgeous for that.’Musical Traditions

As a founder member of the renowned traditional Irish six-piece, The London Lasses and Pete Quinn, Karen has performed at some of the world’s most prestigious festivals and concert halls, including Ballyshannon, Cambridge Folk Festival, the Concertgebouw (Amsterdam), Ennis Trad Festival, Glastonbury, Philadelphia Irish Festival and the Royal Albert Hall, where the band performed the first ever BBC Proms céilí in 2008. The band have recorded four albums to date.

Whether as a teacher with Meitheal Cheoil in north London, a workshop leader or an adjudicator both in the UK and overseas, Karen continues to pass on the tradition to both young and old. Through her role as Director of the Return to Camden Town festival of traditional Irish music, song and dance, she is also an award-winning promoter. Now in its fourteenth year, the festival has become a key date in the Irish music calendar and celebrates the historical link between Camden and traditional Irish music.