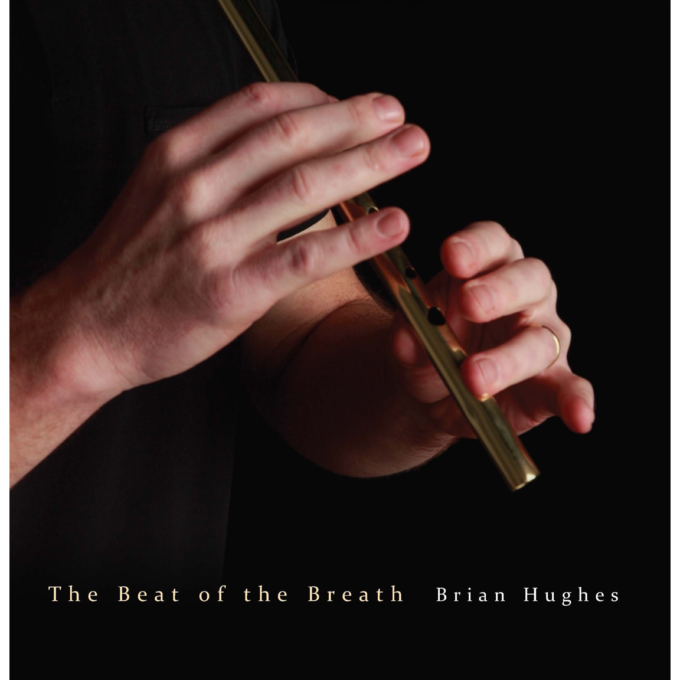 The Beat of the Breath

‘The Beat of the Breath is that shiver in the heart of all of us – the overflowing of laughter, love and remembering.’
– John MacKenna.

Brian Hughes is widely considered as one of the finest tin whistle players of his generation.

The Beat of the Breath (CICD192) is Brian Hughes’s second album on the Cló Iar-Chonnacht label. The first, Whirlwind (CICD164), was released in 2006 to widespread critical acclaim and built on the early reputation that he garnered with his first album, Whistle Stop (CEFCD178), released on the Gael Linn label. As on Whirlwind, Brian Hughes is joined again by guest musicians, Donnchadh Gough and Garry Ó Briain. New collaborators, the guest musicians, Seán McElwain and David Day, join Brian on this latest album.

Brian Hughes is from Athy in County Kildare. His earliest introduction to music was through his grandfather, Christy Bracken, a noted bagpipe player, who passed his love of traditional music to his grandson. As well as the tin whistle, Brian also has a great interest in the flute and the uilleann pipes and was a regular visitor to the Pipers’ Club on Henrietta Street, Dublin, in his youth. Brian has always been an avid collector of tunes, old and new.

‘What you hold in your hand is the distillation of years and generations of writing, shaping, playing – creating. From the opening reels to the hop jigs, through the gorgeous slow airs ‘Táimse im’ Chodladh and ‘Slán le Máigh’, through slides and hornpipes and polkas to the closing notes of the jigs that end the collection, Brian plays with that amazing mixture of meticulous care and wild abandon…’
– John MacKenna.