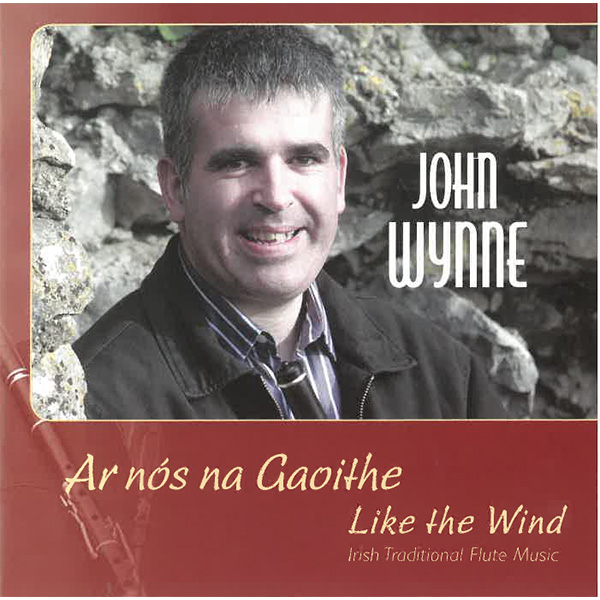 Ar Nós na nGaoithe/Like the Wind is an absorbing collection of fourteen virtuosic tracks, played with precision, discernment and breathtaking control. Nine years after his debut solo album, With Every Breath, John Wynne was compelled to make this second album, sensing his playing had turned a corner and that he had something new to offer. The album features popular session tunes which John learned from musicians over the years, as well as new compositions from fiddle players Tommy Peoples, Ed Reavy, Martin McGinley and Liz Knowles.

As flute-player Conal Ó Grada writes on the sleevenotes, ‘In flute playing, the elemental link between music and breath creates a dynamic tension of its own… John moves air through a flute with aplomb. In turns powerful and commanding… be prepared to be blown away!’