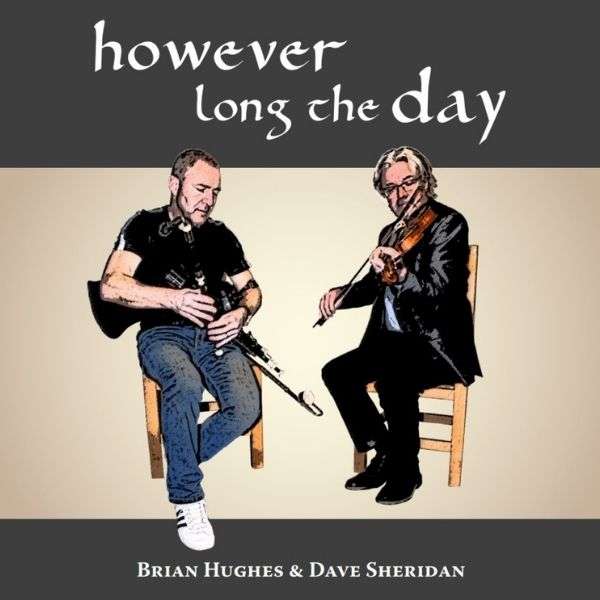 However long the day

However Long the Day is a brilliant duet pairing featuring Brian Hughes and Dave Sheridan and guest musicians.

Guest musicians featured on the album

Both Brian Hughes and Dave Sheridan have been very well-known musicians on the traditional Irish music scene for many years now, having both recorded highly successful albums in the past.

Other albums by Brian Hughes available from Cló Iar-Chonnacht

The Beat of the Breath

Brian & Dave have known one another for many years, and have played in sessions together at many different venues during their careers but this is the first time that these two musicians have recorded together, and they have certainly produced an absolute gem of an album, which has been well worth the wait.

”Pipes, fiddle and whistles, with a range of strings and percussion backing – this album takes its title from an Irish saying that there’s always the evening for music and craic, which is amply borne out of the selection of fine tunes here. Kildare piper and whistler Brian Hughes has a lovely touch with tunes from several traditions.  His interpretation of the Burns anthem A Man’s A Man adds another Scottish march to the list of Irish slow airs, and his version of Malcolm Reavell’s jig, The Road to Banff , flows sweetly into the Asturian Muñ De Rengos.  Dave Sheridan has not toured or recorded as much as some, but he is a great performer and a valued contributor to concerts and sessions around his native Offaly as well as internationally: his smooth style matches Hughes on reels, jigs, hornpipes and more.  There’s plenty of  variety in a very pleasant hour of music on However Long the Day.”