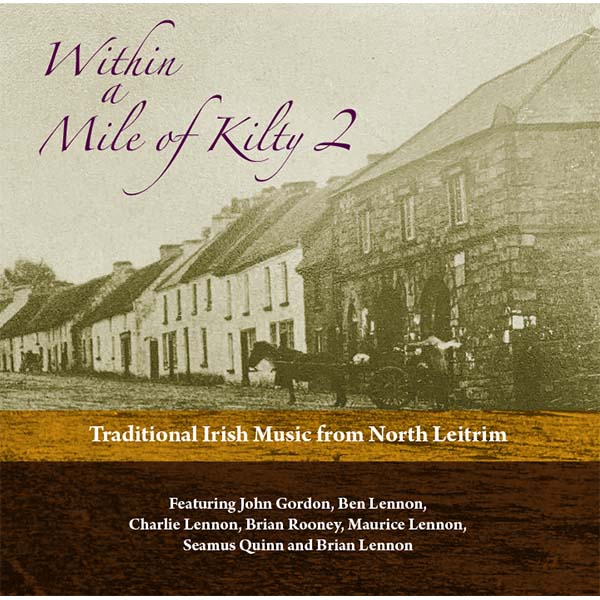 Within a Mile of Kilty 2

Kiltyclogher is a small village in the north of County Leitrim. It sits on the border of Leitrim (Republic of Ireland) and Fermanagh (Northern Ireland)and has a population of approximately 150 people.

From this small border village and its environs a unique cluster of traditional Irish musicians have emerged over the last eighty years. The styles presented on this, the second volume of this collection, are as varied as if the musicians had come from all over Ireland. There is, however, a common thread running through their playing, despite the fact that the featured musicians range in age from being born in the 1920s through to the 1960s. When the first volume was released in 2005, only one of the featured musicians, John Gordon, had passed on, in 2002, three years before its release; sadly, another great musician featured here, Ben Lennon, passed away in 2020.

This CD represents a collection of recordings by these musicians recorded over the last sixty years – some in studios, others at home.