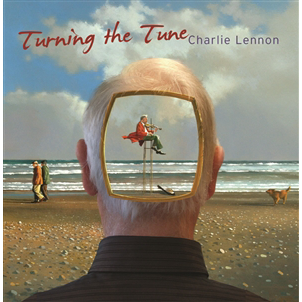 Turning the Tune is a double-CD of fiddle music from Charlie Lennon which includes one CD of his own compositions.

“One CD looks back, the other looks forward.” That is how Charlie Lennon summed up his new double-CD Turning the Tune. The first CD looks back to the roots of the tradition and past masters and features trusted old tunes with the notes in the booklet referring to many sources including McKenna, Morrison, Coleman and Killoran. Charlie Lennon presents many of these tunes in a new way while staying within the tradition, demonstrating the possibilities which the tradition offers. The second CD looks forward, and contains all new music composed by Charlie. He says of the compositions: “I find it helpful in writing to recall good memories of people and places and seek to capture these in music. While the genre is primarily Irish traditional, I have moved into other genres at times in order to best paint the picture.” The booklet details the inspiration for each piece, adding a particularly personal touch to the album.