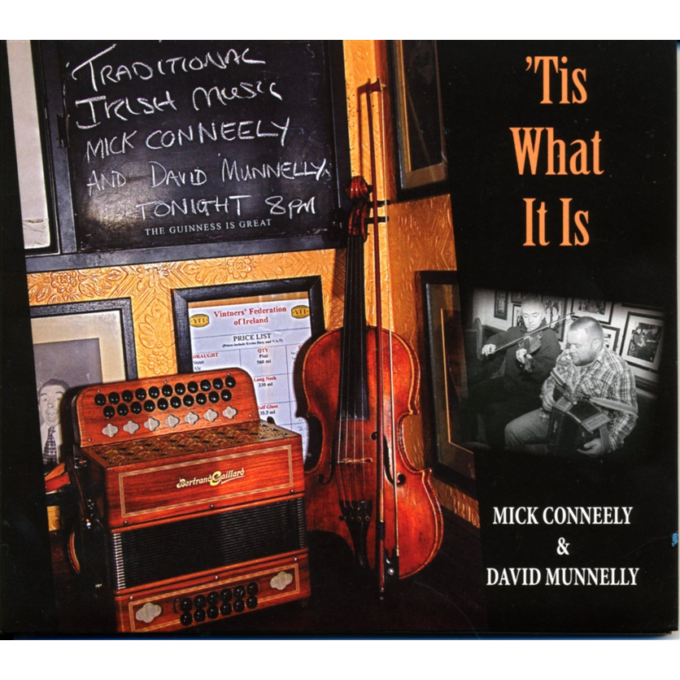 Tis What It Is

‘The title for this album is indeed very well chosen and self-explanatory. Let me say that there are no airs and graces here. The music springs out of the deep recesses of the pure and natural tradition, bouncing along over rocks and boulders like a mountain stream in full spate, a reminder of the open-hearth fires, flagged-floored kitchens, half-doors and thatched roofs of the Ireland of my youth, where the music found its home and where it flourished in its natural surroundings.’
– Ben Lennon

Mick Conneely: Mick is one of the most respected fiddle players of his generation. He has played and toured with many artists, including De Danann, Mary Bergin, Frankie Gavin, and Máirtín O’Connor among others. In 2001 his debut solo album, Selkie, was released to critical acclaim on the Cló Iar-Chonnacht label.

David Munnelly: David Munnelly was born into a musical family and was surrounded by music from a very early age. He set up the David Munnelly Band in 1999, and in that same year he recorded his debut CD, entitled Swing. He recorded three other CDs with the band and has toured extensively