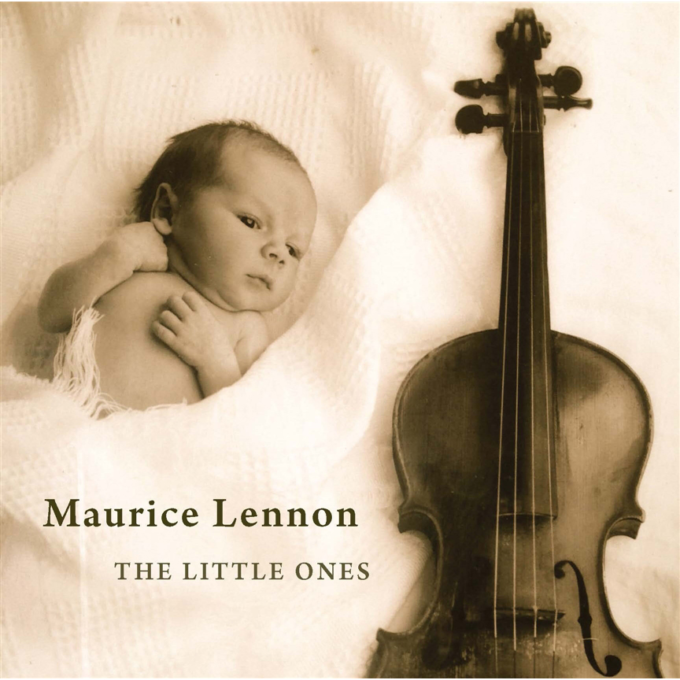 Maurice Lennon The Little Ones

The Lennon family is well-known amongst lovers of Irish music. Maurice’s father, Ben Lennon, is well-known as a master of the Leitrim style of traditional fiddle, and his uncle, Charlie Lennon is renowned as a composer, piano accompanist and fiddler. Maurice showed that this musical legacy had been passed on to him when, at age nineteen, he became the youngest person to win the Senior Fiddle Championship at the All-Ireland Fleadh Cheoil, held in Ennis in 1977. Shortly after this he joined with three other All-Ireland Champions to form the band Stockton’s Wing, with whom he composed, recorded and performed for the next twenty-seven years.

This CD is Maurice’s first solo fiddle release, although he did feature on the Gael-Linn LP, An Fhidil 2, in 1977 with other young up-and-coming fiddlers such as Martin Hayes and Seamus Glackin, the LP, Aengus, with brothers Jackie and Tony Small and Garry Ó Briain in 1978, and the CD, Within a Mile of Kilty, with fellow Leitrim fiddlers Brian Rooney, Seamus Quinn, John Gordon, Ben and Charlie Lennon in 2005.

Maurice has spent much time in the last number of years in America playing music and coaching young musicians. “Passing on the tradition is incumbent on all of us who are lucky enough to have it,” he said.
He coached a group of twenty young musicians from the United States of America to glory recently when they won the Senior Grúpa Ceoil competition at Fleadh Cheoil na hÉireann in Cavan in 2012. Studio production is Maurice’s latest past-time, recently working with the Westport vocal group CODA on an album which is soon to be released, and he worked with the Chicago-based singer, Kevin O’Donnell, on his new album, Deep is the Well.