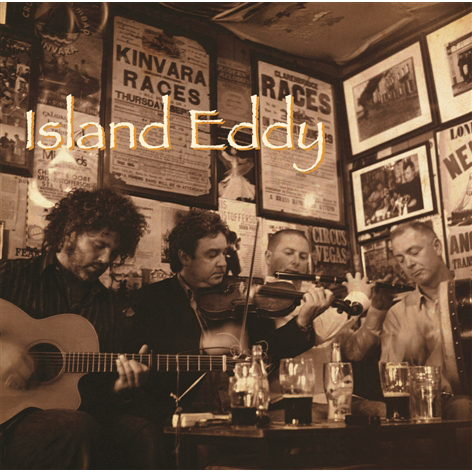 Island Eddy is the new album from the group by the same name with musicians Brendan Larrissey (fiddle), Brian Duke (flute), Jim McKee (vocals, guitar) and Martin Gavin (bodhrán). Brendan Larrissey, from Dundalk, Co. Louth and living in Galway for almost twenty years, has established a reputation as an excellent fiddler. Jim McKee is from Cookstown, Co. Tyrone and penned three new songs for this album based on his experience of life in Northern Ireland. Brian Duke is from Roscommon, the home of traditional flute-playing and is a gifted exponent of that same tradition. Martin Gavin is a talented bodhrán player from Ballinasloe, Co. Galway and has a great interest in the music of east Galway.