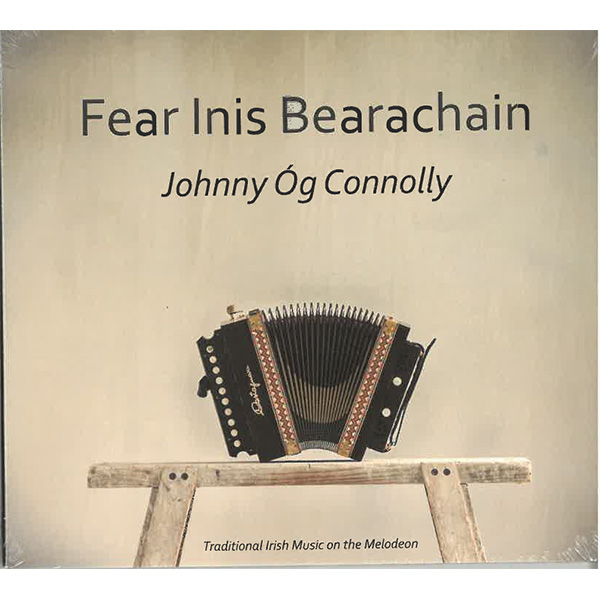 This is a new album by Johnny Óg Connolly compiled as a tribute to his father, the renowned melodeon player, Johnny Connolly.  Released on the Cló Iar-Chonnacht label, the album is a beautiful and fitting tribute to one of Connemara’s most beloved musicians.

Writing in the album notes, Johnny Óg says that it was always his intention to begin playing the melodeon when his father no longer could. “Sadly, that time has come sooner than any of us could have anticipated. From after the Willie Clancy week in 2018 till the middle of September, I devoted some serious attention to the melodeon, listening and playing along to my dad’s wonderful recordings,” he explains.

“…the result is an album of variety and contrast, with an emphasis on Conamara music…”