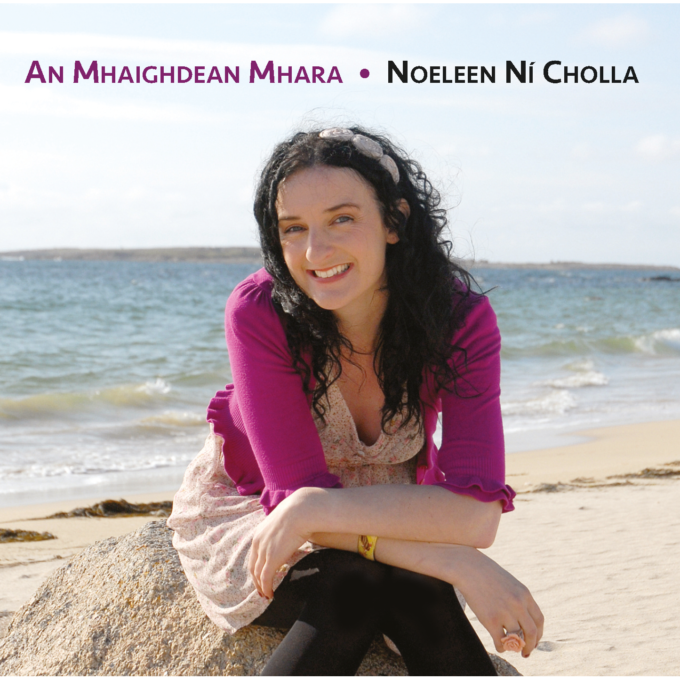 This is an album of songs sung in the traditional sean-nós style by the award-winning sean-nós singer from Gweedore in the Donegal Gaeltacht, Noeleen Ní Cholla. There are thirteen tracks in all each with accompaniment by Manus Lunny. The album includes songs from the Irish tradition, the Scottish tradition and it contains a selection of songs in Irish, in Scots Gaelic and in English all beautifully sung by Noeleen.

Noeleen Ní Cholla has been singing traditional songs since she was seven years old growing up in the Donegal Gaeltacht and has competed in singing competitions all her life. Gaoth Dobhair (Gweedore) is steeped in sean-nós (old-style) singing and in traditional Irish music. Noeleen inherited her love for music from her family, the older generation around her, her teachers and sean-nós singers in the locaility.

Manus Lunny produced the album which is released on the Cló Iar-Chonnacht label. There are thirteen songs chosen by Noeleen on this album and she sings each one with heart and emotion. Noeleen’s accomplished style shines through each song and she makes them her own. Manus Lunny also accompanies Noeleen on the tracks on a variety of instruments. The power of the voice is woven through careful and considered accompaniment.

As with most of Cló Iar-Chonnacht’s traditional Irish music albums this album of sean-nós songs by Noeleen Ní Cholla includes a professionally produced booklet which includes the words of each track as well as personal notes by Noeleen explaining the stories behind the songs and why she chose each song. The lyrics are included in their original form and language and the notes on each song feature in Irish and in English.

Noeleen has won many awards in Ireland and overseas for her singing. She won first place in the International Traditional Singing Competition at the Pan-Celtic Festival in Carlow in April 2012. She has won several prizes in competitions abroad, at the International Eisteddfod in Llangollen in Wales in 2007, 2008 and 2009. She also represented Ireland at the Festival Interceltique in Lorient in Brittany in 2011, 2012 and 2013.