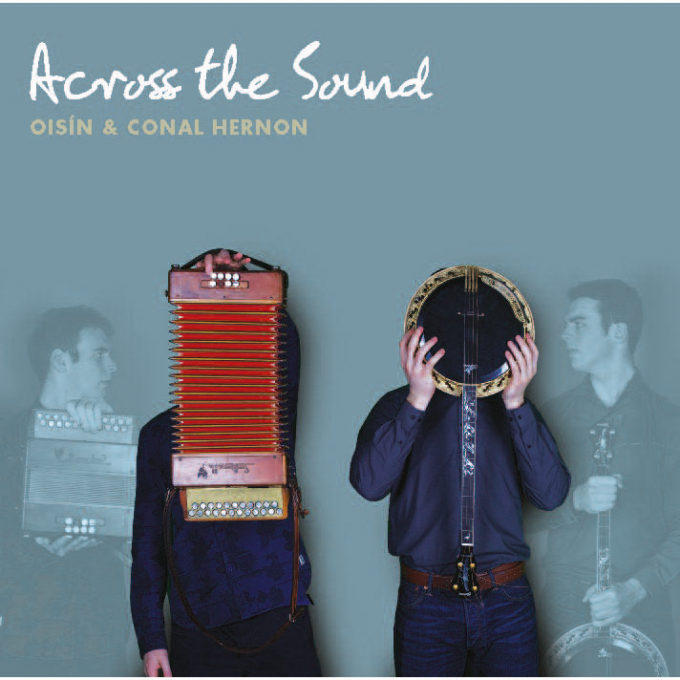 Oisín and Conal Hernon, from the Aran Island of Inis Mór, are extremely able musicians, who are themselves descended from various generations of musicians. They have nine All-Ireland Champion titles between them.

The brothers previously recorded the album Up and Coming / Ó Ghlúin go Glúin in 2008 featuring three generations of musicians including their grandfather Michael Craven and their mother Marion. They have performed at Áras an Uachtaráin and for a European Leaders’ Summit in Galway, 2004, and they toured Ireland and the UK with Comhaltas Ceoltóirí Éireann in 2009 and 2010.

Rooted in pure Irish traditional music, their interests and influences are diverse and this is reflected in their composing. With this album, Oisín and Conal are proud to showcase their ongoing musical journey and their own original tunes.

Across the Sound is dedicated with fond memories to their late grandfather, Michael “Inky” Craven, musician, mentor and the wellspring of their talents.