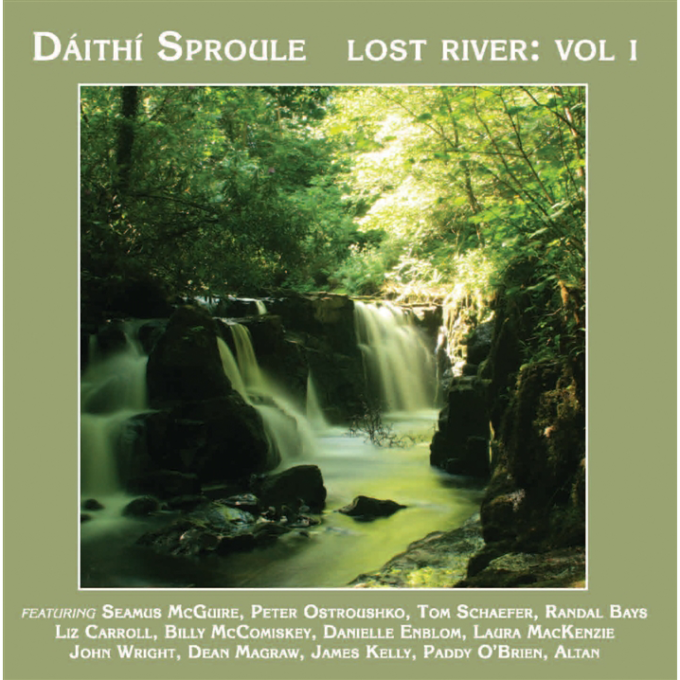 The heart of this album is a body of songs performed by Daithí Sproule on vocal and guitar drawn from traditional songs that he has sung and loved for decades.

The end result is also the product of collaboration and co-operation with many of his friends, recorded in places as far apart as Ramelton, Co. Donegal and Whidbey Island, off the west coast of America.

Daithí writes, “I hope you will love these songs as I do, drawn from the deep river of traditional song.”

Dáithí Sproule of Derry, whose first group was the legendary Skara Brae, has lived for many years in Minnesota. He has performed and recorded with two highly influential traditional music trios: Bowhand (with James Kelly and Paddy O’Brien) and Trian (with Liz Carroll and Billy McComiskey), as well as providing accompaniment for recordings by Tommy Peoples, Seamus and Manus McGuire, Liz Carroll, Paddy O’Brien and others. In 1995 he released his first solo album, A Heart Made of Glass, with songs in English and Irish. In 2008 he released an instrumental guitar album, The Crow In the Sun, featuring thirteen original compositions. He is a 2009 Bush Artist Fellow, awarded by the Minnesota based Archibald Bush Foundation.

‘One of the gentle architects of today’s Irish music sound.’ – The Thistle and Shamrock