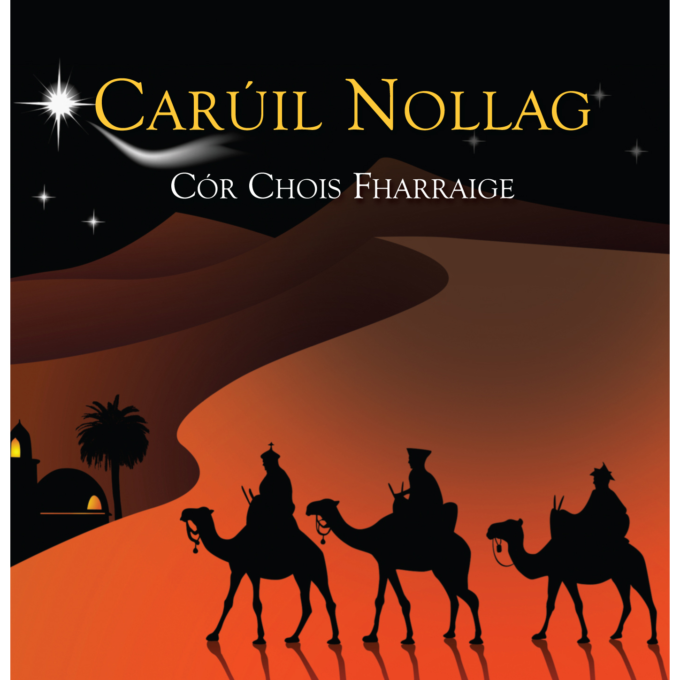 A collection of Christmas carols sung beautifully by the Cór Chois Fharraige choir. Carúil Nollag features Irish versions of favourite hymns translated from Latin, English, French and other European languages. Included in the collection are Christmas favourites like In dulci jubilo, The first Noel, and Come to the Manger.

The songs were chosen from a selection of hymns that were first translated to Irish during the 20th Century by a primary school teacher, Tadhg Ó Séaghdha, who was originally from Castlegregory in Co. Kerry. Ó Séaghdha came to Connemara as a teacher and settled down with his wife in Ros an Mhíl when he was appointed as the Principal of Tully National School.

Tadhg took over as director of the church choir. At the time Christmas songs or carols in Irish were rare, a far cry from the rich carolling tradition of mainland Europe and Britain. Tadhg set about translating some of the more popular carols and later decided to publish both lyrics and music on cards and in newspapers.

These carols soon became favourites and Christmas never goes by now without some of Tadhg’s carols being aired on Raidió na Gaeltachta or Raidió Éireann. They are an integral part of Christmas celebrations all across the country.

The Cór Chois Fharraige choir is a mixed choir featuring male and female voices and they sing Irish songs, both new and old. The choir meets once a week during the winter and they also perform throughout Cois Fharraige and Connemara. They are regular entrants in the Pan Celtic Festival singing competitions. Aislíng Ní Neachtain is the director.