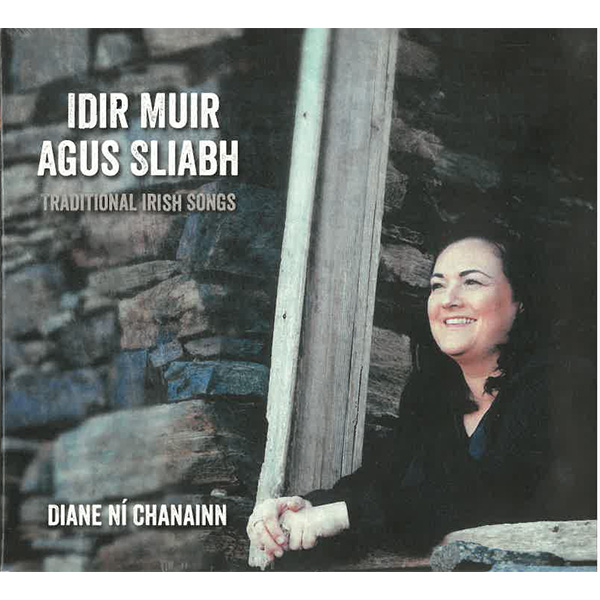 Diane Ní Chanainn belongs to a family in which music and song have always been central. It was there on the hearth in both her parents’ families. Diane learned song and instrumental music from an early age, learning the fiddle from the great Francie Mooney, an instrument she still plays. Like her mother, Diane’s daughter Kelly also loves to sing the old Gaelic songs. Diane won first prize in traditional women’s singing at the annual Irish language arts festival, an tOireachtas, in 2015. For some years now, she has been studying the songs of her own area and is very interested in them. Some songs are very popular and sare among the most often performed by local singers. Other songs are, however, more rarely heard. These are often local songs or unusual local versions of songs known elsewhere.

Diane’s mother, Anne, is from Mín Lárach, one of the core areas where Irish remains an ordinary vernacular for a majority of those who live there. Her father John comes from the hills, Mín na Craoibhe, near the base of Errigal, and is well known locally as a member of the group the Clubmen. Diane’s version of ‘an Draighneán Donn’ hails from Tory Island. Tough beautiful, this setting of the air is relatively unknown.

The Donegal Gaeltacht has seen a growth in interest in music and song recently and this renaissance has increased community interest in the language accordingly. Their loyalty to language is fortified when they see one of their own on stage promoting it.

As well as being an artist, Diane works in her family’s business, the Gweedore Bar and Restaurant in Falcarragh. The bar functions almost as a community centre for the Irish language events in the area.
– Lillis Ó Laoire