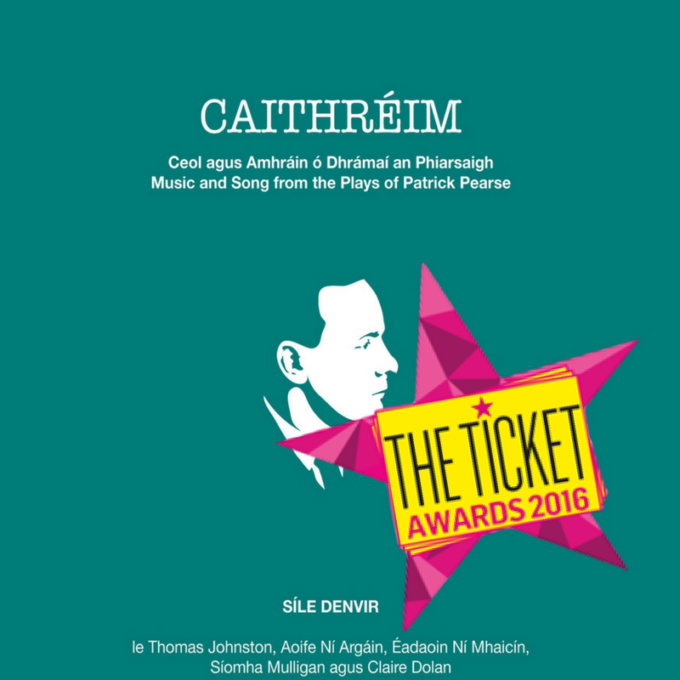 Winner: Traditional Album of the Year 2016 in the Nós Music Awards.

Shortlisted in The Ticket Awards 2016, The Irish Times for the Best Traditional Album of 2016.

In the years before the 1916 rising, Patrick Pearse wrote and produced a number of plays and pageants in Irish and English. Although Pearse himself was reportedly tone deaf, his use of music and song as an integral part of his plays leads us to believe that he understood the effect music and song could have on an audience. Pearse frequently integrated songs into his plays as conversation and so, song became an intrinsic part of the action.

This CD presents arrangements of the music and songs from Pearse’s plays, including songs composed by Pearse himself, such as ‘An Chaithréim’, while also including traditional sean-nós songs such as An ‘Draighneán Donn’. The CD also includes a very comprehensive booklet.

Síle Denvir hails from Indreabhán in the Connemara Gaeltacht. An accomplished performer, Síle is a sean-nós singer and harpist and is a founding member of the group Líadan. She has a particular interest in Irish-language song in a modern context and in 2008 Cló Iar-Chonnacht published her book Dearcadh an tSaoil – Amhráin Chiaráin Uí Fhátharta, an edition of songs composed by the Connemara songwriter Ciarán Ó Fátharta. She received her PhD from the University of Limerick in 2012 and she is currently a lecturer in the Irish department at Dublin City University. Síle is a regular contributor to various TV and radio programmes and she is the presenter of the programme ‘Sean-Nós’ on TG4.