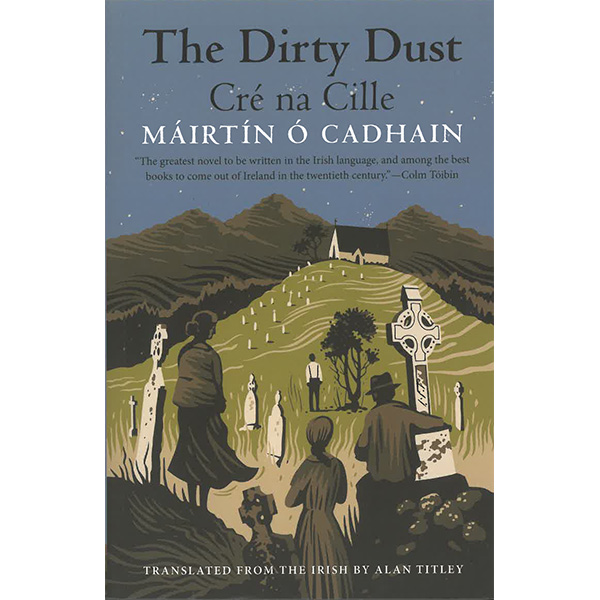 The original English-language translation of Ó Cadhain’s raucous masterpiece Cré na Cille, which has been called by Colm Tóibín “the greatest novel to be written in the Irish language.”

“An audacious novel rendered entirely in dialogue . . . [with] hilarious quarrels and devastating put-downs that reflect O’Cadhain’s finely attuned ear for the nimble language of his people. He does not judge their time-wasting pettiness, so much as he celebrates the flaws that make us so tragically, wonderfully, human.”—Dan Barry, New York Times Book Review
Máirtín Ó Cadhain’s irresistible and infamous novel The Dirty Dust is consistently ranked as the most important prose work in modern Irish, yet no translation for English-language readers has ever before been published. Alan Titley’s vigorous new translation, full of the brio and guts of Ó Cadhain’s original, at last brings the pleasures of this great satiric novel to the far wider audience it deserves.

In The Dirty Dust all characters lie dead in their graves. This, however, does not impair their banter or their appetite for news of aboveground happenings from the recently arrived. Told entirely in dialogue, Ó Cadhain’s daring novel listens in on the gossip, rumors, backbiting, complaining, and obsessing of the local community. In the afterlife, it seems, the same old life goes on beneath the sod. Only nothing can be done about it—apart from talk. In this merciless yet comical portrayal of a closely bound community, Ó Cadhain remains keenly attuned to the absurdity of human behavior, the lilt of Irish gab, and the nasty, deceptive magic of human connection.

Máirtín Ó Cadhain (1906–1970) is considered one of the most significant writers in the Irish language. Alan Titley, a novelist, story writer, playwright, and scholar, writes a weekly column for The Irish Times on current and cultural matters.