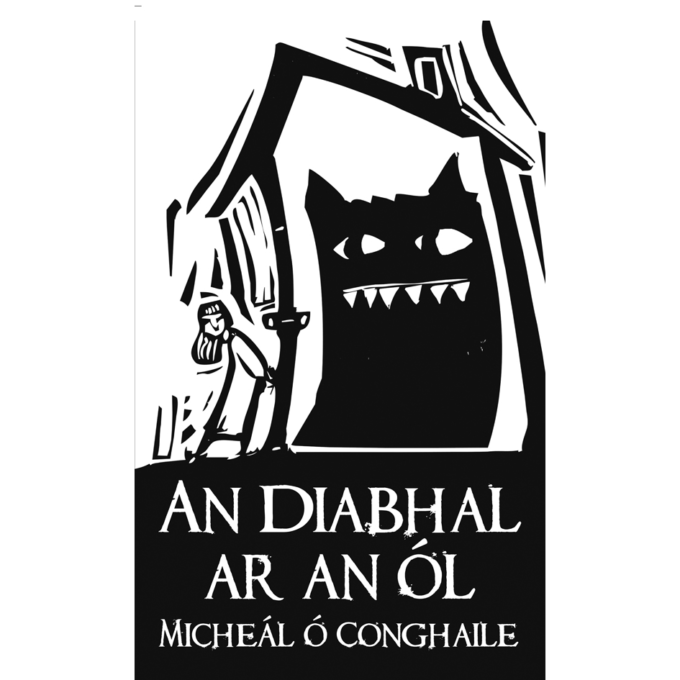 An Diabhal ar an Ól

Billed as suitable for adult learners of Irish or teenager readers, Micheál Ó Conghaile’s collection of folk stories from the Far East,An Diabhal ar an Ól, will also appeal to anyone who reads the language competently, not least because of the striking cover and clear, readable font. In what are described as retellings, Ó Conghaile presents many of the stories in an Irish context – and those familiar with Ireland’s folklore, be it in Irish or English, will recognise instantly the parish priest, schoolmaster and county councillor in the story Cuairteoirí (Visitors). Some of the characters keep their eastern titles, but, even then, the goings-on of kings, princes and paupers are not unfamiliar. The title story –The Devil on the Drink – is one of the longer pieces and contains a little morality message for those who would seek to cheat death. Needless to say, the chancer who makes a deal with the devil gets not exactly what he wants but exactly what he deserves. Yes, it is a bad day all around when you learn a life lesson from Lucifer.
Paperback review, Pól Ó Muirí, The Irish Times, Oct 19, 2013