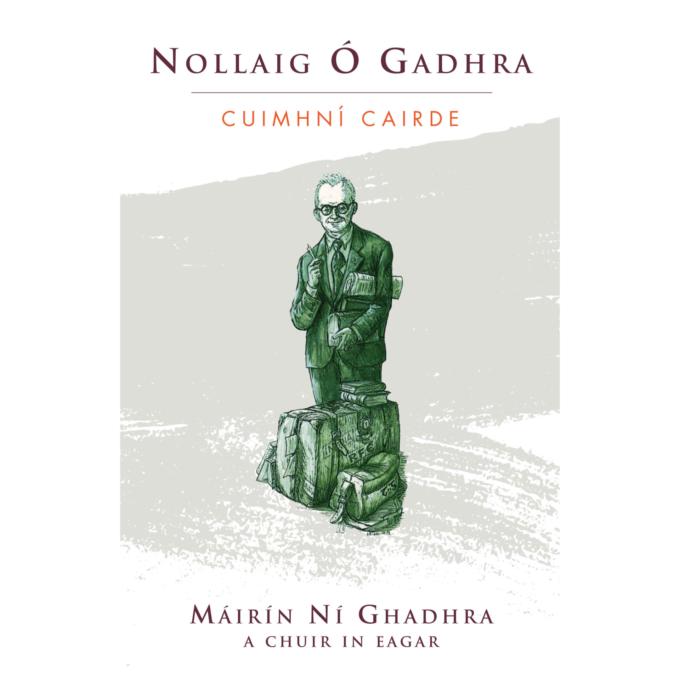 After he and Máirín moved to Galway, Nollaig worked in tourism before joining the RTC (now GMIT), where he lectured in Irish, Communication, European Studies and Modern History. And he continued to write.
Daughter’s labour of love puts Nollaig centre stage, Connacht Tribune, 13 Deireadh Fómhair, 2017. Sliocht as alt le Judy Murphy.

Included in the collection are essays by the politicians Éamon Ó Cuív, TD, Máire Geoghegan-Quinn, the historian Gearóid Ó Tuathaigh, Pádhraic Ó Ciardha, TG4, Ronnie O’Gorman, founder of The Galway Advertiser, and many others.
Tributes paid to journalist and activist at book launch, The Connemara Journal, October 2017. An excerpt from an article by Seán Ó Mainnín.