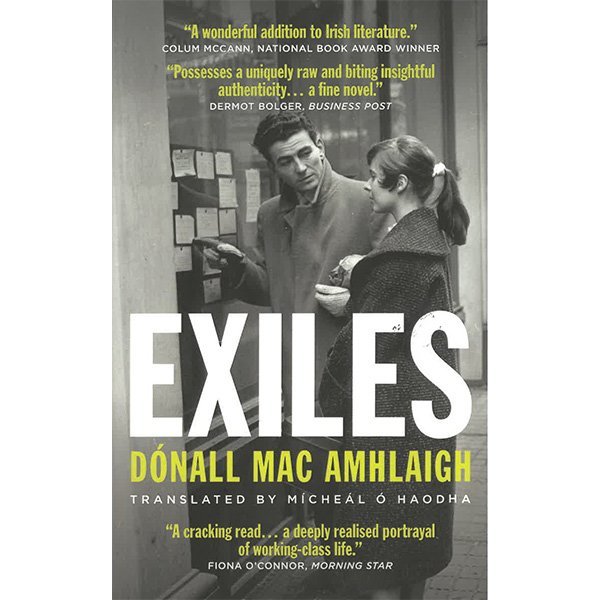 Two irish migrants on the cusp of new lives in post-war Britain. Two young poeple who dare to dream of a better life, and dance the music of survival in their adopted homeland.

Afraid that his wife and children will arrive over any day, Trevor is in a hurry to settle old scores with his rivals and to prove himself the top fighting man within his London-Irish community of drinkers and navvies, while Nano seeks to escape the stifling conformityand petty jealousies of he peers and forget her failed love-match at home.

Will Trevor finally prove himself ‘the man’ and secure the respect  that he feels is his by virtue of blood and tribe? Does Nano have it in her to break free of the suffocating bonds of home and community and find love with her Lithuanian beau Julius?

Written at a time when the Irish were ‘building England up and tearing it down again’ and teeming with the raucous energy of post-war Kilburn, Cricklewood and Camden Town, this novel is one of the very few authentic portrayls of working-class life in modern Irish literature.

‘A hunger for the possibility of freedom. The tumbling of borders and convention. The migrants of Mac Amhlaigh’s Exiles fear the loss of home and its fixed reference points. Their voices swerve between two languages, two cultures, and two different ways of existing betwen the future and the past. A wonderful addition to Irish literature.  – Colum McCann, National Book Award winner

‘Mac Amhlaigh’s work possesses a uniquely raw and biting insightful authenticity, which is well conveyed in Ó hAodha’s translation of Exiles. What was already an important book in Irish is a truly welcome addition to the canon of work available in English . . . Readers wanting to know what life was like for emigrants in the 1940s are unlikely to find a truer or more vivid description than in this novel. – Dermot Bolger, Business Post

Exiles is a cracking read . . . a life-long socialist, Mac Amhlaigh depicts at first hand the energy of a workforce eager to thrive. He shows too the sadness of cultural loss – the 1950s migration deals a last death blow to the native language of Connemara and West Kerry. The alienation of the migrant is also revealed in this deeply realised portrayal of working-class life. – Fiona O’Connor, Morning Star