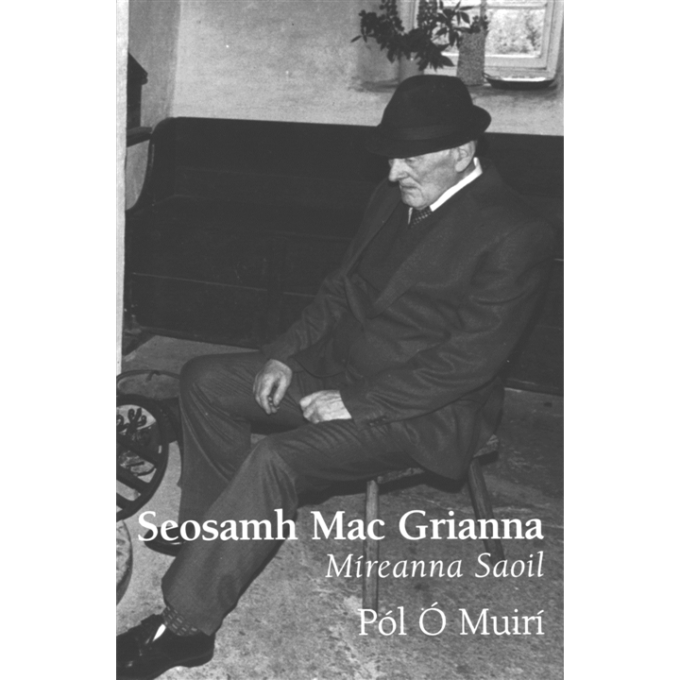 Seosamh Mac Grianna was born in Rann na Feirste in Co. Donegal and is considered the greatest Irish-language writer of Ulster. His life was a tragic one. The traits which made him a great writer – a fiercely independent, enquiring mind and an unwillingness to bow to convention or to compromise – also contributed to his marginalisation. Throughout his life he remained a wandered and an outsider. His wife and son both committed suicide within a short space of time and he spent the last thirty-one years of his life in St Conall’s psychiatric hospital in Letterkenny. In Seosamh Mac Grianna: Míreanna Saoil Ó Muirí describes Mac Grianna’s life in detail, from his youth in Rann na Feirste to his last years in Letterkenny, including extracts from newspaper stories about him, reviews of his work and extracts from Mac Grianna’s personal papers, giving us an intriguing portrayal of one of Irish literature’s most brilliant and most elusive figures.