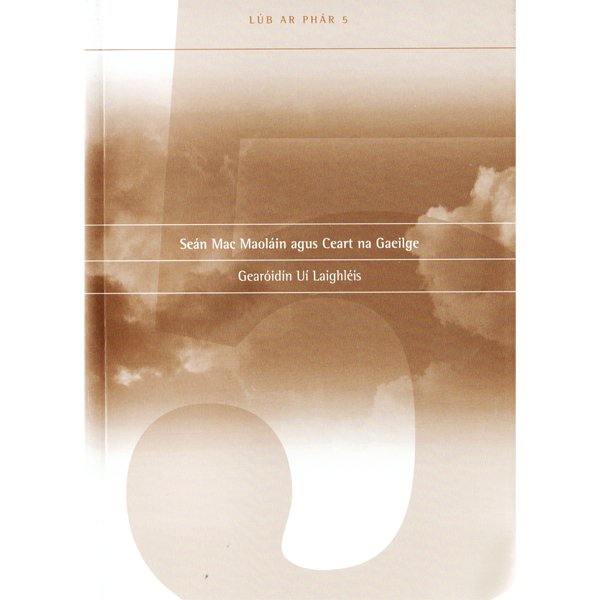 The life and work of Seán Mac Mhaoláin, a pioneering translator who made many works of world literature available in Irish.

This monograph, the fifth in the series Lúb ar Phár, explores the life and work of Seán Mac Mhaoláin, a pioneering translator who worked under the fledgling State’s scheme to make works of world literature available in Irish. The scheme was called “An Gúm”. His innovative work as a translator in particular is described and analysed and his skilful balance of eloquence in native Irish and loyalty to the original texts is illustrated with sample extracts from some of the texts on which he worked. An inspired, original author in his own right, the historical and literary milieu of which he was part are also outlined and the work’s discussion of this particular writer enriches the understanding of this period in general. Gearóidín Ní Laighléis is a Lecturer in Irish in the Dept. of Irish in St. Patrick’s College, Drumcondra, Dublin