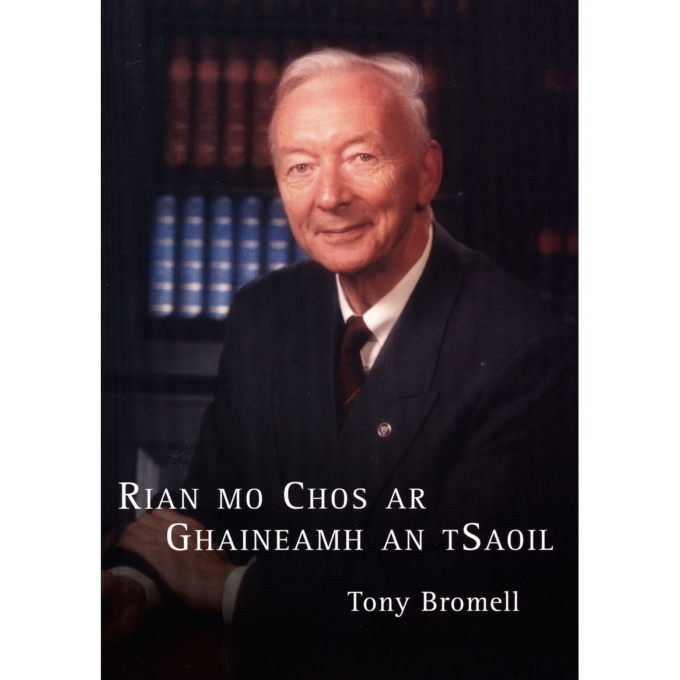 In this autobiography Tony chronicles his political life, his home life and his involvement in education over the last forty years.

Tony Bromell was born in Thomondgate, Limerick in 1932 and has seen the city undergo tremendous changes in his lifetime, to become the bustling centre of commerce it is today. A committed member of Fianna Fáil all his life, he spent seventeen years as a member of Limerick City Council, and was Mayor from 1982-3. He also spent time as a member of Seanad Éireann. His autobiography describes the highs and lows of his political career, and also his many achievements in the field of education.

Tony Bromell has been to the forefront of developments in education in this country for the past forty years. He was a founding member of the pressure group established in 1958 to campaign for a university for Limerick, resulting in the establishment of the NIHE in 1970, and was proud to be a member of the Seanad in 1989 when the bill granting university status to the NIHE (now University of Limerick) was finally passed. He was registrar in Mary Immaculate College for almost thirty years, and in that time saw the student population grow from 200 in 1967 to 1,700 in 1998, when he retired. He was also heavily involved in the establishment of the College of Art, Commerce and Technology (now Limerick IT) while Chairperson of the VEC in 1973. He was a member of the Higher Education Authority from 1968 to 1982 and was President of the ASTI from 1966-8. The book also describes Tony’s home life. In 1961 he married Áine Ní Thuathaigh, a well-known singer and dancer. The book describes their first meeting and their marriage and family life, as well as giving a touching account of her untimely death at the age of fifty one.