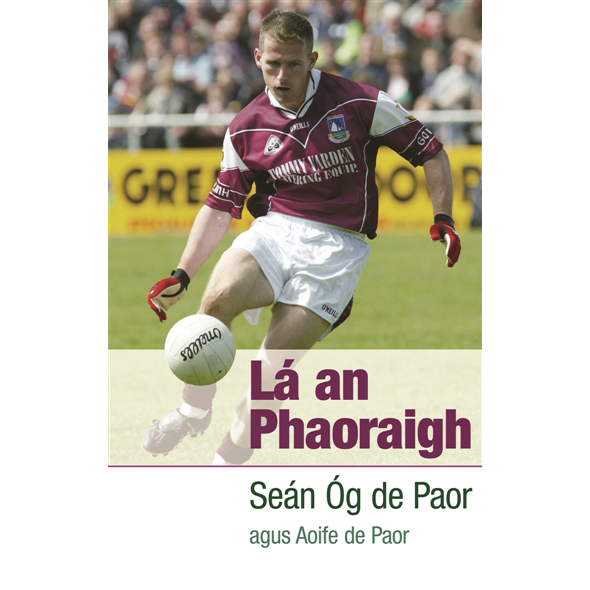 The autobiography of All-Ireland winning Galway footballer Seán Óg de Paor, which will be published in early December. Seán Óg is from An Cheathrú Rua in west Galway and was a member of two senior All-Ireland winning Galway football teams. The book describes both championship campaigns and the ecstasy of winning, as well as other unsuccessful campaigns and the overwhelming disappointment of being on the losing side in an All-Ireland final. Seán-Óg also describes his career with his local club team, an Cheathrú Rua, and his time on the International Rules teams. The book gives readers an insight into the huge commitment required of intercounty players and leaves little doubt as to the author’s commitment to, and lifelong passion for, Gaelic football.