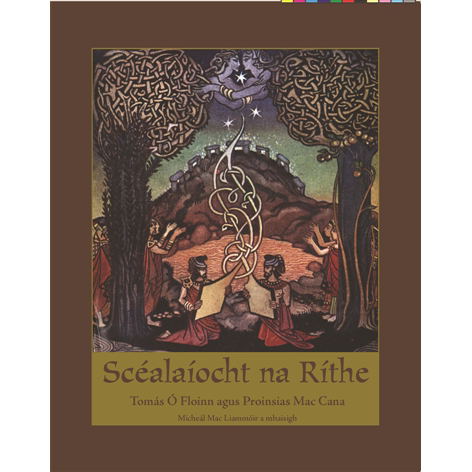 Thirteen stories from ancient literature, medieval and old Irish-language, pinnacles in the literature of the nobles and the kings, translated to modern Irish by two accomplished scholars in the Irish language. These stories are not well-known, it isn’t any wonder that they aren’t as the general public hasn’t had access to them in hundreds of years. Within this collection the story of Ailill and Éadaoin can be found as well as the Adventure of Conla Mhic Choinn Chéadcharthaigh, Fionghal Rónáin, the Journey of Bran Mhic Feabhail, Cathréim Ceallaigh and others. The book is wonderfully illustrated by Micheál Mac Liammóir.