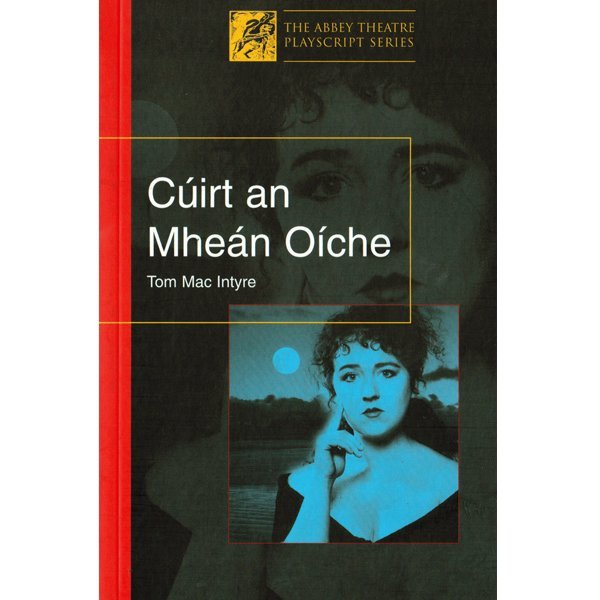 A play based on Merriman's Midnight Court but with its feet firmly set on twentieth century soil. Abbey Theatre Playscript Series.

This play was published by Cois Life in association with The Abbey Theatre, the first Irish language play in The Abbey Playscript Series. Performed in An Taibhdhearc and on countrywide tour October – November 1999.

Tom MacIntyre is one of Ireland’ s foremost playwrights. He has won many awards and his recent work includes The Great Hunger and Caoineadh Airt Uí Laoghaire. Cúirt an Mheán Oíche is based on Merriman’ s famous eighteenth century poem.

Tom’s play is lighthearted, introducing twentieth century Irish censors and other diversions, resulting in a stimulating and very visual production.