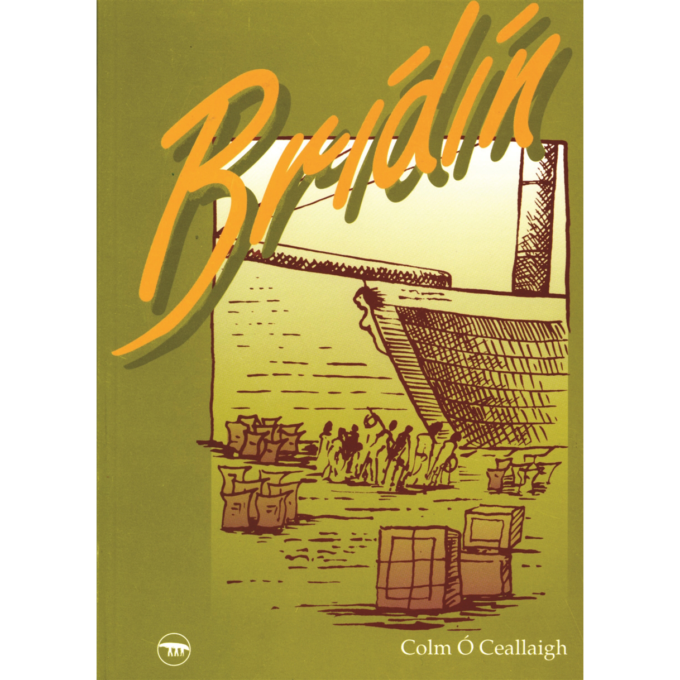 This book is in Irish.

In 1845 there were over eight million people living in Ireland. They were poverty stricken and without any means of improving their financial situation as they were stretched to their limits in trying to pay the high rents charged by landlords. Potatoes were the primary source of nutrition. The other crops like wheat and stocks like cattle were required to pay the rents. That year the potato crops were hit by a plight which left them rotting in the ground. This left the people without anything to eat and although the country was producing plenty of wheat to feed the population, these crops were being sent to England and the poor in Ireland were left in desperation. The only option was to go to the poorhouses. Anyone who had enough money went to America. Shortly after the first months of the famine, boats which came to be known as ‘coffin ships’ started to make regular trips across the Atlantic to bring more people across to America and Canada. These boats were cargo boats and not suitable for carrying passengers. The people on the ships were like ballast in the belly of the boat. They were packed in below deck and the doors closed and bolted above them for the long journey across the ocean. It was pure hell for the people on board. Without sewage facilities, proper ventilation, food or water, many people died before ever reaching their destination due to fever and sickness. These bodies were thrown overboard without ceremony.

This person tells the story of a little girl who survived her journey in a coffin ship to Canada. All the other of the 365 people on board perished.