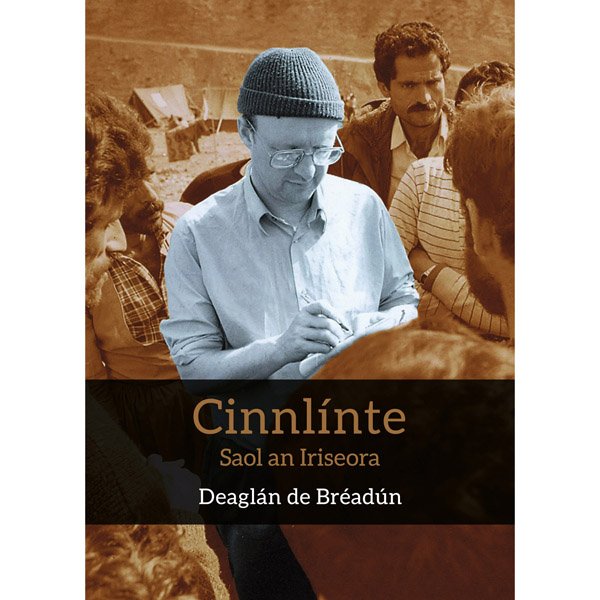 Deaglán de Bréadún describes the major news stories he covered as a journalist.

In this book Deaglán de Bréadún shares his insights on the highlights of his career as a journalist with The Irish Times and later with The Irish Sun. We get to meet the big players on the international and national stage – Yasser Arafat, Boris Yeltsin, Mikhail Gorbachev, Charles Haughey, Ian Paisley and Brian Cowen.

With his perceptive eye and uncluttered familiar style, he speaks openly about the challenges that face the journalist, particularly in wars and conflict zones, and demonstrates the possibilities of journalism: whether reporting on the misery of the Kurdish refugees fleeing Saddam Hussein, or the peace process in Northern Ireland.

Young reporters and students of journalism and media will find much of interest here, from the tenacity and professionalism required in the field, to the comprehensive backdrop he provides to those events within the State and in the wider world from the 1970s onwards that have shaped our lives in the modern era.

Is é an bua is mó atá ag an údar ná go dtugann sé comhthéacs sóisialta do na himeachtaí seo. Admhaíonn sé, mar shampla, go mbíonn sé dian go leor ar dhaoine óga sna saolta deireanacha seo a chreidiúint go raibh cosc ar choiscíní agus ar phiollairí frithghiniúna anseo le fada. Maidir leis an reifreann ar an cholscaradh, ní thig a chúinge is a bhí an bua ag lucht a thoirmisc (50.3%) a thuiscint i gceart gan cumhacht na hEaglaise agus coimeadachas an phobail ag an am sin a chur san aireamh. Tá cúlra na gconspóidí tugtha ag an údar ar bhealach éadrom, spreagúil agus soléite. Mar sin de, is lámhleabhar riachtanach é Cinnlínte d’ábhar iriseoirí agus d’éinne atá ag iarraidh a bheatha a thabhairt i dtír i réimse na cumarsáide. Sliocht as léirmheas le Breandán Delap, Comhar , Deireadh Fómhair 2016. Deaglán de Bréadún worked for many years as a reporter and correspondent with The Irish Times and is well-known and respected among those of us who read his articles over the years. This memoir outlines the shape of his journalistic career and events at home and abroad on which he reported. For those of his own vintage, Cinnlínte is a reminder of major news events and personalities. For readers of a younger generation, the book will be an easily digested account of news stories that have become history and a glimpse at the life of a accomplished journalist. He acknowledges how quickly the past becomes a foreign country and how today’s younger generation find it almost impossible to imagine the conservatism that permeated Irish society shortly before they were born. Cinnlínte should go some of the way to help explain to them how some of those changes happened, and to remind older readers of personalities, events and quotations that made the news. ‘Turkeys voting for Christmas’ was always a favourite of mine and I was glad to be reminded of the ‘wife-swapping sodomites’. Sliocht as léirmheas ‘A memoir of changing times’ le Cathal Póirtéir, The Irish Times , 7 Eanáir 2017.