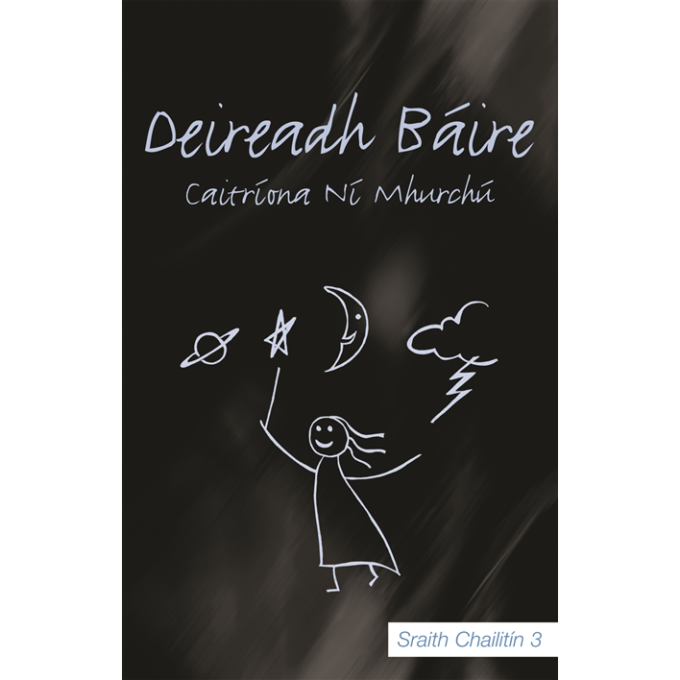 The third, and final, instalment in Caitríona Ní Mhurchu’s trilogy for children. In this thrilling climax heroine Rósmáire gears up for a terrifying showdown with her immortal foe, the Formorian duid Cailitín (in the shape of a sweet little boy).

Caitríona Ní Mhurchú was born in Cork and raised in Dublin. After completing a history degree in Trinity, Caitríona trained at the Gaiety School of Acting. Most recently she appeared in The Party a short story by Anton Checkov which she adapted for the stage with director Sophie Motley for Anu Productions/Bewley’s Theatre and Anatomy of a Seagull (Nominated Best Actress Fringe Festival, Best Production Irish Times Theatre Awards). She writes for O’Brien Press, Cló Iar-Chonnacht and Cló Mhaigh Eo. Her first children’s book Ó Lúibíní Lú, was nominated for a Glen Dimplex Award and she has been awarded prizes in the Oireachts Literary Festival. Caitríona also writes, directs and voices cartoons for TG4.