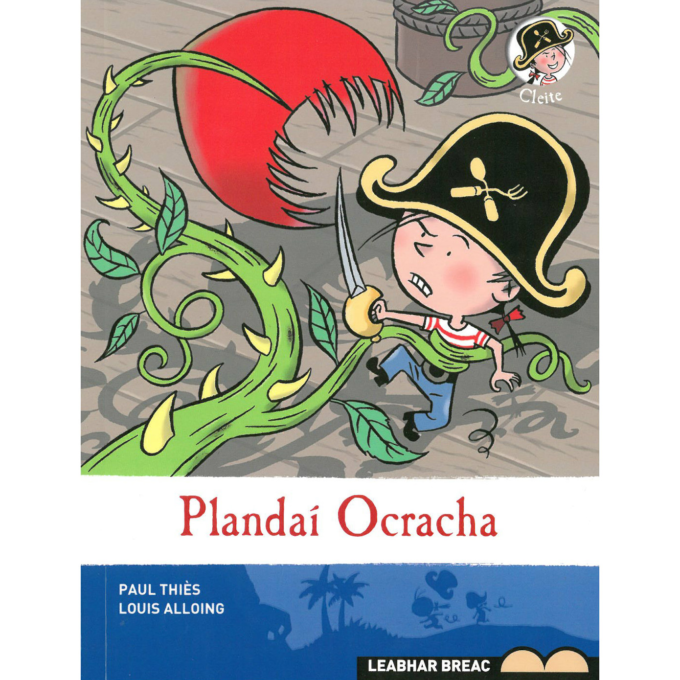 The pirate ship An Bolg Lán is under attack by monstrously huge plants and the Plúr family is in trouble. Cleite and his friends must stop the deadly plants. ‘They’re like… like plants that eat people…’ said Cleite worriedly. Yes, they are,’ said Péarla. ‘Carnivorous plants.’ Péarla knew about such things because she belonged to a cannibal tribe. ‘It can’t be!’ exclaimed Cleite in fright. The flowers were growing bigger. ‘Daddy,’ asked Cleite, ‘where have these plants come from? Cleite, of course, is a good pirate. He lives with all his family on the pirate ship, An Bolg Lán. When he isn’t working on the ship, he spends the day searching for treasure, or playing with his friends, Crúca Beag and Péarla