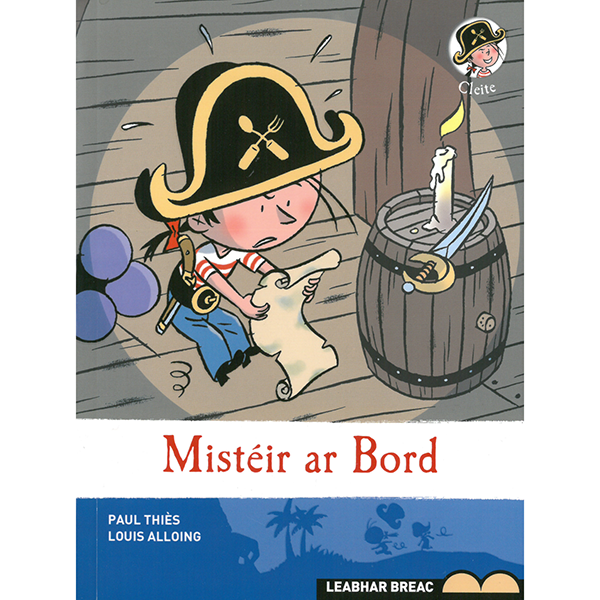 Cleite’s father and mother are always fighting. His friend, Crúca Beag, advises Cleite to go in search of a treasure on the Island of the Seven Heads. ‘If you find treasure,’ he says, ‘your parents are sure to organize a big party. Your mother will play the harp and your father will play the trumpet, and after that they’ll go dancing on deck. They’ll be friends again then.’ ‘Do you think so?’ asks Cleite. Cleite, of course, is a good pirate. He lives with all his family on the pirate ship, An Bolg Lán. When he isn’t working on the ship, he spends the day searching for treasure, or playing with his friends, Crúca Beag and Péarla.