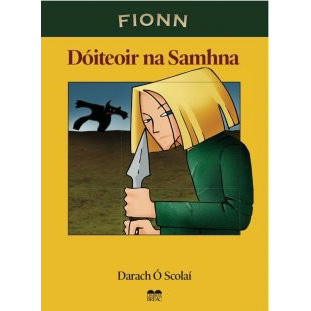 One year, on Holloween night, a great monster came to Tara and put the High-King and all the court to sleep with his magical music. When they were all asleep, the monster spat a flame from his mouth and set the High-King’s court on fire. The monster returned, year after year, on Holloween night, and he burnt Tara again and again. Nobody in Ireland could stop him. Finally, a young boy came to Tara who promised he would put an end to the burnings. That boy was called Fionn mac Cumhaill. He was given a spear, and he went out into the night to defend the High-King’s palace against the holloween Burner