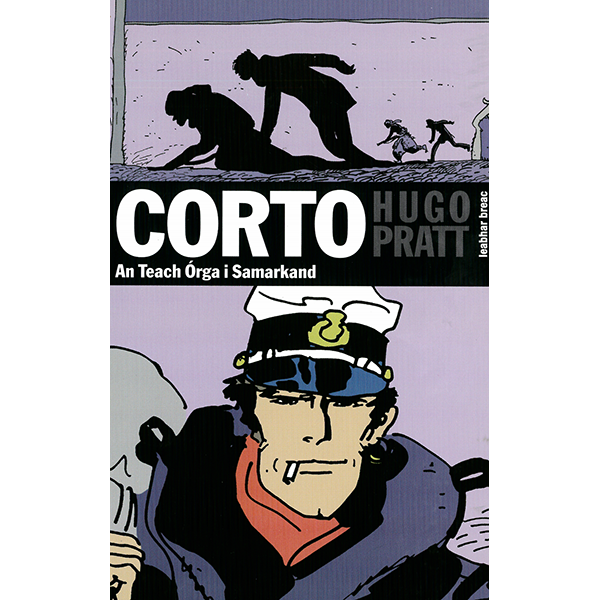 Corto: An Teach Órga i Samarkand

A graphic novel for adult and young adult readers. 1921: Corto Maltese leaves the island of Rhodes in search of Persian gold – a treasure hidden by Alexander the Great more than 2,000 years ago. Crossing Turkey and Iran, Corto is called to the aid of his comrade, Rasputin, held in the brutal ‘Golden House of Samarkand’ prison and, as Turkish and Russian forces battle for control over Turkistan, we’re drawn into a world inhabited by soviets and nationalists, devil-worshipers and assassins, actors, soldiers, cowards, heroes and madmen, and an adventure where Corto meets his own double!