Colm Ó Ceallacháin’s first collection of short stories, I dtír mhilis na mbeo, will be launched on 20 April. The launch will take place from 18.00 in Cork City Central Library, 57-61 Grand Parade. Mícheál Ó Ruairc will be on hand to give the book its official send-off. All are welcome to attend! 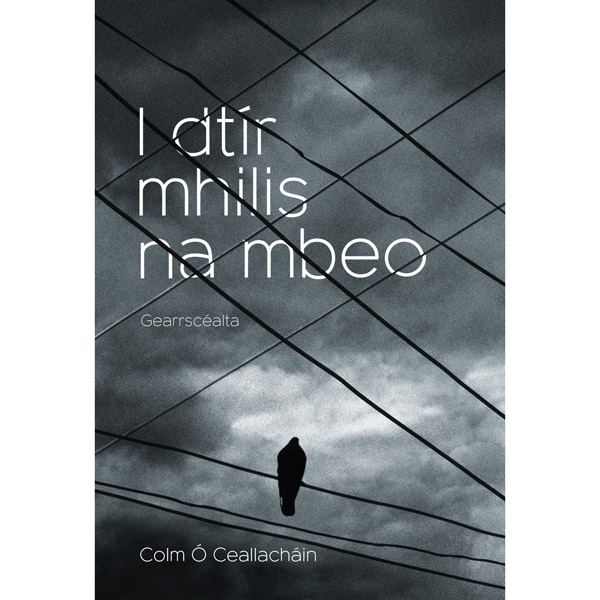 On the same day, Colm Ó Ceallachain will give a creative writing workshop along with Peann & Pár, a group of writers based in the Central Library. The workshop will start at 17.00. There is no participation fee for this workshop but you must book a place by calling 492 4900.

Both the book launch and the workshop take place as part of Cork World Book Fest 2017, and the full programme can be found here:  Clár WBFC 2017.

A new literary voice in Irish, this is Colm Ó Ceallacháin’s first collection of short stories.

Here we meet young and old, struggling with the tribulations of life. All is not as it seems. Is that the Pope we see waiting for two boys during his papal tour of Ireland in 1979? Could those seaside visitors be aliens from another planet?

The characters in this collection are growing up and coming of age, but they are slipping into oblivion too, through the forgetful fog of old age and delirium. We are continually being spirited from this life, but in one story it is the letter ‘i’ itself which is kidnapped, only to return with a vengeance.

Hard though it is at times, we must all carry on to the bitter end, in the sweet land of the living.

Colm Ó Ceallacháin has published stories in Comhar, Feasta, Southword and gorse. He has won awards in Oireachtas literary competitions. The Arts Council awarded him a bursary in 2013 in Litríocht na Gaeilge. He lives in Cork, where he works with young people. I dtír mhilis na mbeo (Cois Life, 2017) is his first collection of short stories.

About the author: Gráinne